Cincy SC’s first ever EPIC Cup was held April 8-10, 2016 and by all accounts it was a huge success, despite some difficult weather conditions. 60 teams participated and the world’s largest trophy, imported from Italy, was unveiled to a chorus of cheers. 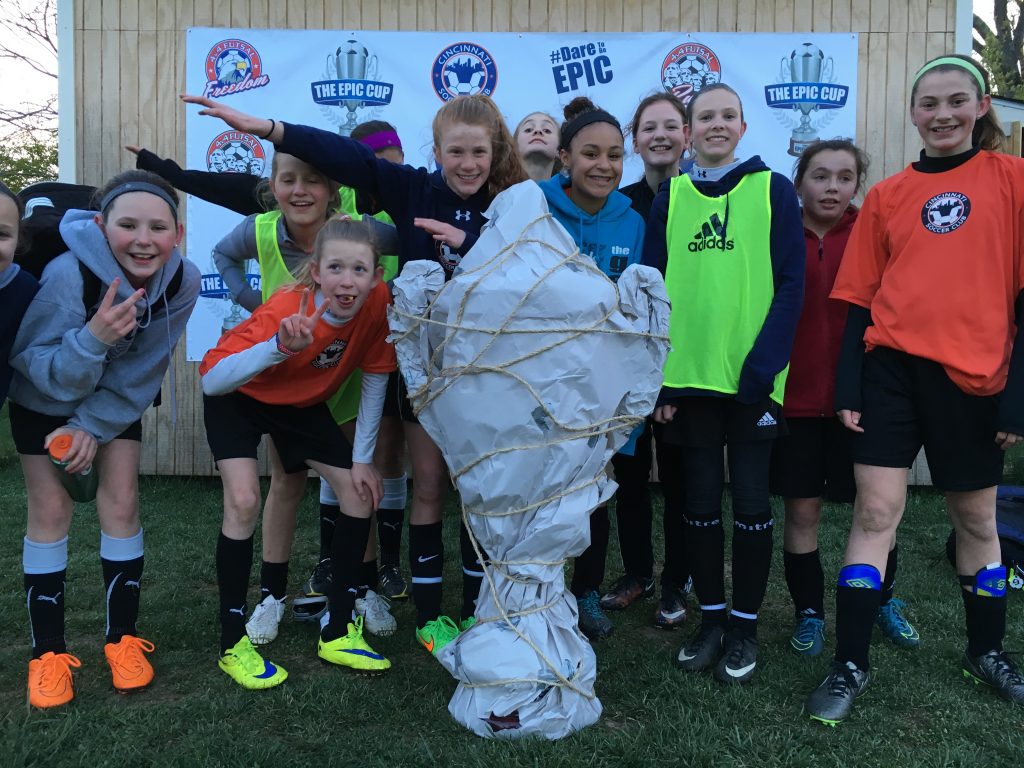 With rain, wind, and even a little wintry mix of snow/sleet/hail, players, spectators, and coaches showed grit while competing on Friday and Saturday. The weather in Cincinnati was so bad that other area tournaments cancelled all games, but The EPIC Cup played on. Sunday was a refreshing return to spring-like weather as champions were crowned in 12 different divisions. 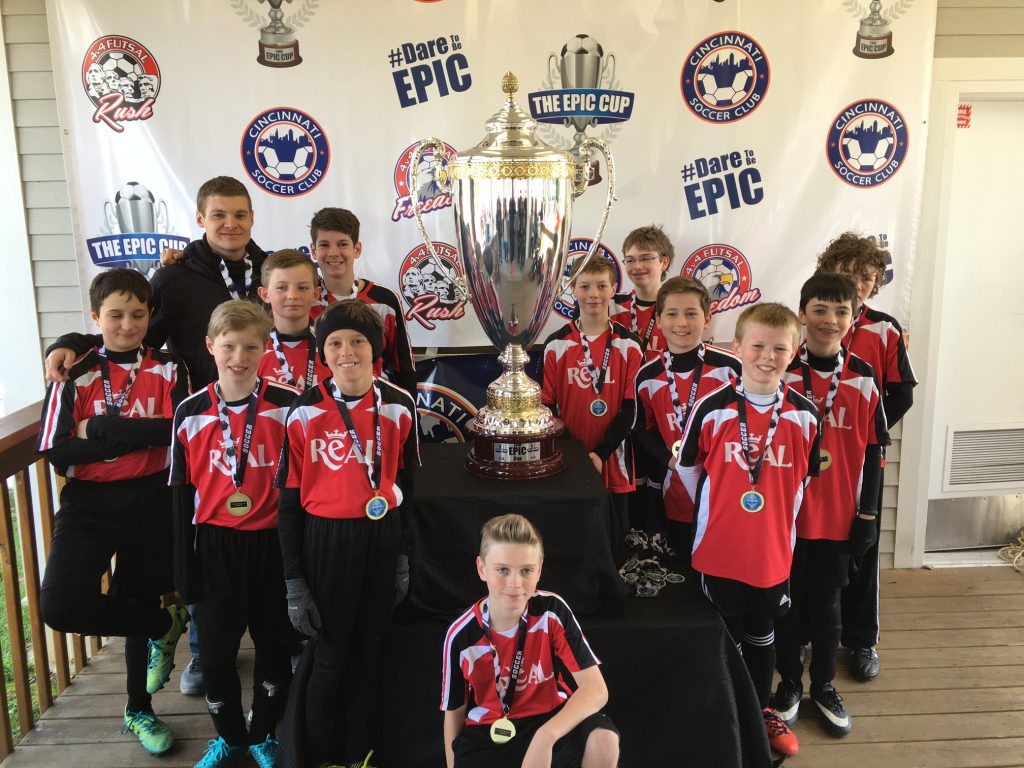 Hope to see you next year at The EPIC Cup! 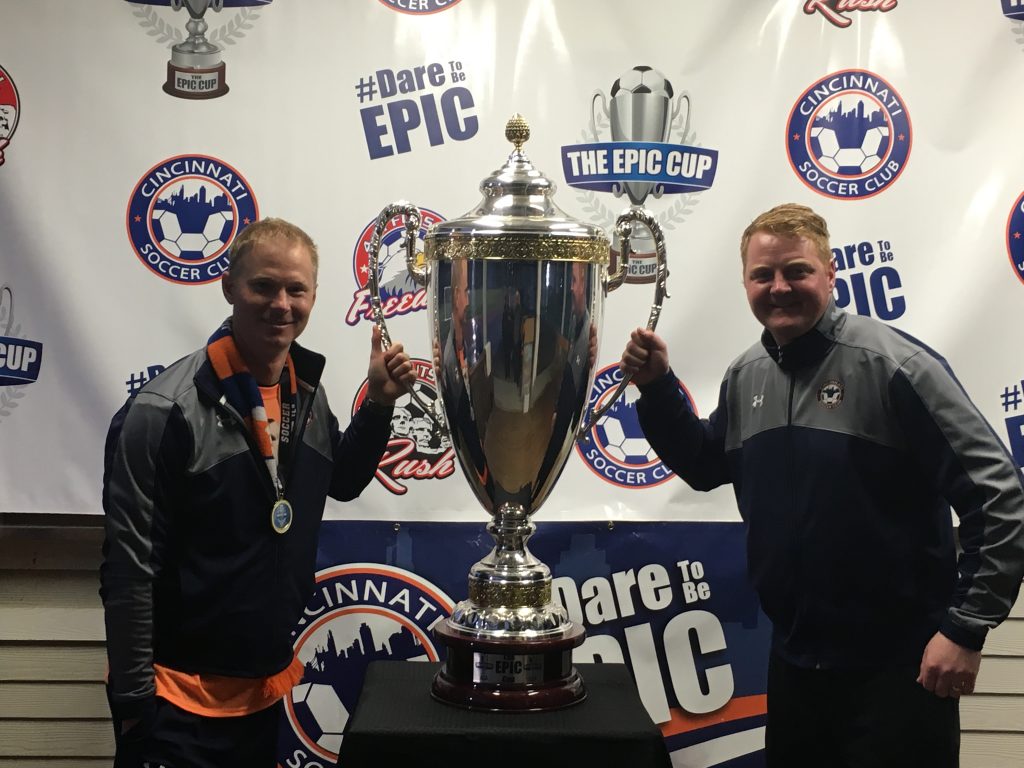