How to be a great soccer parent

I recently had a lunch conversation with a business colleague and former soccer coach. He said his rule was that parents weren’t allowed to say anything to the kids on the field. His logic: “If you’re talking, they can’t hear me.”

That reminded me of an article a parent sent me a while back. I think it’s worth a read: https://www.youthletic.com/None/articles/parenting-at-youth-soccer-games

My coaching philosophy is based on a few principles:

The fun part may seem pretty self-explanatory. Try to view games as the chance for the kids to show you all the stuff they worked on in training this week, to see if they can do it against real competition and on stage. You may want to even think of games like you would a school play or a dance recital.

At TiER1, we talked a lot about neuroscience and cognitive load, and how they impact performance for adults. Well, this applies to kids, too! They must evaluate a complex situation occurring 360 degrees around them, try to recall what they learned in training over the past 2 months, and try to get their body and the ball to do what they want them to do. That’s a heavy load without adding in “listen to coaches & parents and try to do what they say.” When I’m at my best as a coach, I say things like, “In that situation, what could you have done differently that might have worked better?” once they aren’t under pressure and can actually think about it. Or I might ask a player that isn’t under a lot of pressure something like, “Where is the space right now?”

Finally, most of us realize that youth sports aren’t really about winning and losing. They’re about learning: how to be a part of a team, how to develop personal discipline, how working hard for something makes you appreciate the reward. They’re also a safe place to try out making your own decisions, and learning to deal with the positive and negative outcomes.

What do you think?

Next Post Shooting form and the stepover hook turn 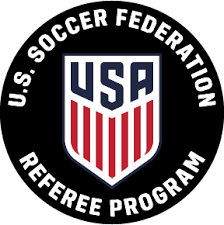