P is for Player Development

Almost all soccer clubs claim to be focused on player development. Sounds great, but a tough thing to measure. Partly because players always get better to some degree, just as a function of getting older and bigger/faster/stronger/more experienced. And players switch teams and teams switch divisions.

It’s not perfect, but we think we have a decent way to show that our players at Cincy SC are developing well, and arguably faster than their peers outside the club: results at The EPIC Cup. 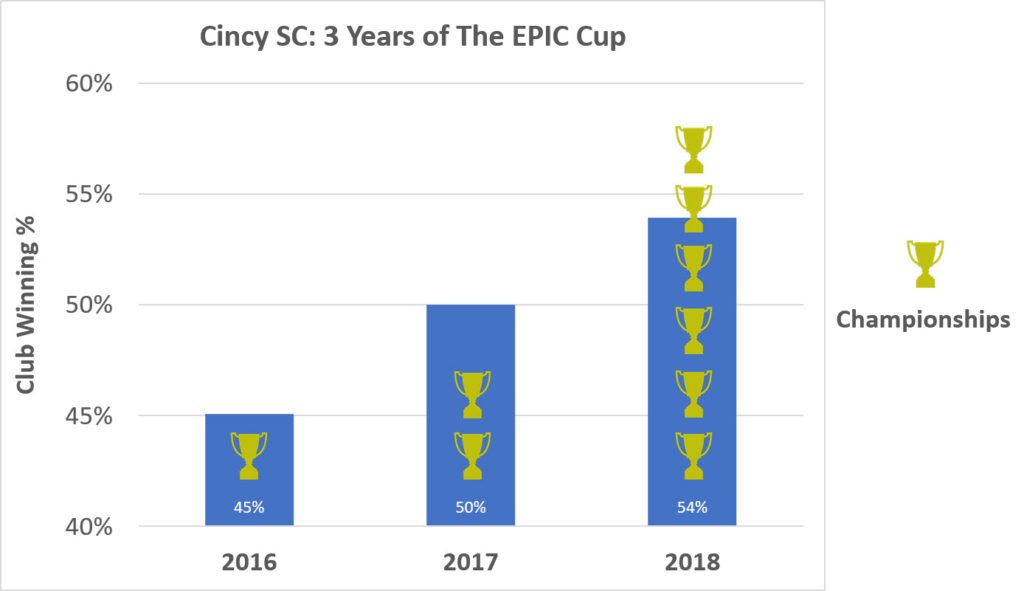 Why The EPIC Cup? 1) all Cincy SC teams participate each year; 2) the competition level has remained pretty consistent year-to-year; and 3) our player retention rate has been around 80% so it’s more-or-less the same players.