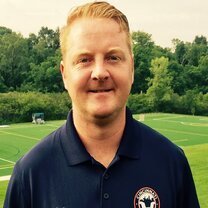 Why did you start Cincy SC?

After Ryann, Rowen (2013) and Reed (2016), soccer coaching is my life. I’d been a full-time coach since 2004 and Director of Coaching for fifteen years with clubs in New York, Dayton & Cincinnati and learned a lot from various leaders and fellow coaches. I’d created a successful youth development programs, SoccerStarters, and partnered with Ohio South Youth Soccer as an ODP Technical Liaison and camp director at Game On! Sport Complex during the summer.  Myself & Brett Dickson have developed a model for a soccer club that kept all the best things we learned from other clubs and reinvented the things we didn’t like so much. The result was Cincy SC – Dare to be EPIC!