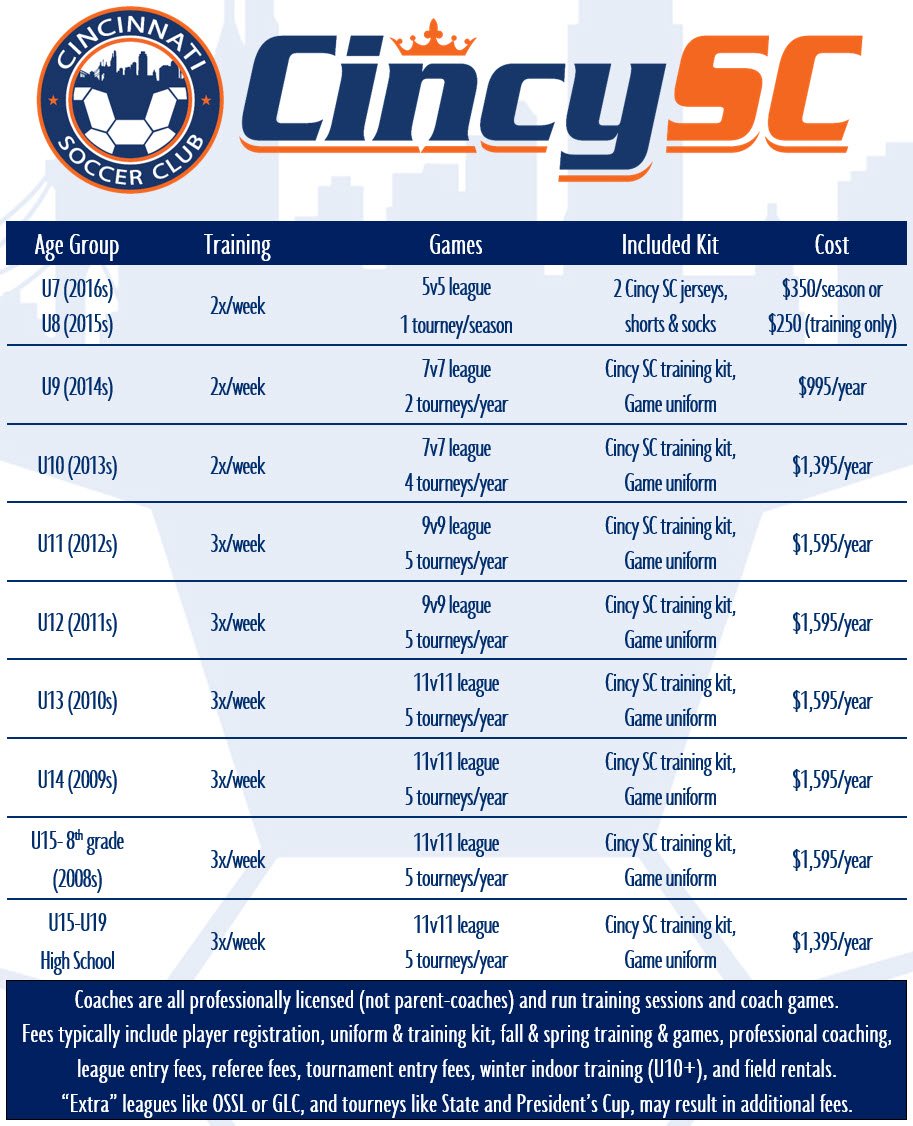 We register our teams into leagues after the teams are formed. We seek to find the league and division with the appropriate level of competition for each team, rather than force fitting a team into a pre-selected league.

Fall Season is August – October. Spring Season is March – May. For HS-age teams, Fall/Winter Season is November – January, after the HS season concludes.

Winter indoor training is in January and February and is included in the fee for our U10 and older teams (1 day/week for U10-U14, 2 days for HS-age teams).

You can find more information, including the number of teams, coaches, and training calendars on the specific pages for Boys Teams and Girls Teams.